On 30th June 2009 when the international credit crunch hit Ireland, the Irish Nation saw their entire economy collapse with an unworkable National Debt of €65bn. Three years later the total has doubled to €131.7bn and continues to increase at €100,000 every three minutes. The average income in Ireland is around €22,000 (CSO-2010) whilst the National Debt per person is €27,000 (2012). If every Irish worker gave up a quarter of their income every year for the next 5 years, the debt could still not be paid. Austerity, referenda, IMF advice, EU financial guidance and decisions by the Dáil Éireann will now keep Ireland in debt for the foreseeable future whilst propagating the very financial monetary system that caused the global economic crisis in the first place.

Alternatively, Ireland’s national debt could be parked in a similar fashion to Argentina in 2001. In a radical shift in economic policy President Adolfo Rodriguez stated that the Argentine people would take priority over national debt payments by introducing a parallel currency alongside the peso to create liquidity. In the same way, the Irish government could rethink economic policy at a government level but instead of creating an alternative currency, create a new economy network for transacting. Ireland could then retain the trading currency of Europe, whilst rejecting EU debt treaties, stopping the socialisation of debt through long-term austerity measures imposed on it's people. 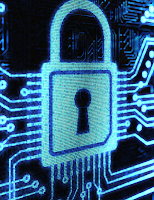 The technology now exists to create a transaction network economy from a peer-to-peer [P2P] citizen architecture that can perform transactions through online accounts operating from online  mobile payment-processing platforms. This independent solution would remove transaction costs and allow money to flow freely throughout the population whilst offering layers for banking, savings and loans. By implementing an alternative infrastructure, expensive intermediary, financial service providers are circumnavigated to prevent extractive accounting mechanisms from draining resources away from communities; enabling a cycle of continuous reinvestment back into the economy, creating wealth, jobs and infrastructure.

The Irish state could guarantee this transaction network economy by government charters for an internetwork of citizen identity accounts. Charters have long been the traditional way for constitutional governments to authenticate new institutions, making them acceptable in the public realm. With the will to create a new social economic system, a government could begin to promulgate charters that guarantee a new participatory transaction network, designed upon digital identity for every citizen be the architect of their own life. From this citizen-centric approach a new transformational role for government could emerge as a guarantor of new forms of citizenship and finance. Economic change through social responsibility is far more affordable than the existing banking solutions, which have proven socially irresponsible, institutionally corrupt and negligent.

Despite the ‘Celtic Tiger’ economics unleashed by EU structural adjustment policies, Ireland now looks more like part of the marginalised periphery of failing European states caught in a tidal wave of debt. International debt adjustments treaties are primarily designed to serve their signatories. What citizens need are social economics based on localised solutions that serve the national interest. In Ireland this could be more easily achieved if government charters worked through an existing social network, such as the Gaelic Athletic Association (GAA). The GAA has the trust to broker a new form of social economics because it is rooted in the cultural identity of every local community. This would allow the Irish government to move out of the current crisis using a transaction infrastructure based on an existing citizen network, for a more resilient economic future.